The word CE is abbreviated from the French "Communate Europpene", which means the European Community. The European Community later evolved into the European Union (referred to as the European Union). CE stands for CONFORMITE EUROPEENNE. In fact, CE is also the abbreviation of the phrase "European Community" in the multi-national languages ​​of the European Community. Originally, the English phrase EUROPEAN COMMUNITY was abbreviated as EC, and later because the European Community is COMMUNATE EUROPEIA in French and COMUNITA in Italian EUROPEA, Portuguese is COMUNIDADE EUROPEIA, Spanish is COMUNIDADE EUROPE, etc., so EC is changed to CE. Of course, CE may also be regarded as CONFORMITY WI TH EUROPEAN (DEMAND) (in line with Europe (requirements)). The "CE" mark is a safety certification mark and is regarded as a passport for manufacturers to open and enter the European market. All products affixed with the "CE" mark can be sold in the EU member states without meeting the requirements of each member state, thus realizing the free circulation of goods within the EU member states. In the EU market, the "CE" mark is a compulsory certification mark. Whether it is a product produced by an enterprise within the EU or a product produced in other countries, if it is to be freely circulated in the EU market, the "CE" mark must be affixed to indicate that the product is Comply with the basic requirements of the EU Directive on New Approaches to Technical Harmonization and Standardization.

The necessity of applying for CE certification

CE certification means that the product has met the safety requirements stipulated by the EU directive; it is a commitment of the enterprise to the consumer, which increases the consumer's trust in the product; products bearing the CE mark will reduce the risk of being sold in the European market. These risks include:

● Risk of being detained and investigated by customs;

● Risk of being investigated and dealt with by market surveillance agencies;

● Risk of being accused by peers for competitive purposes. 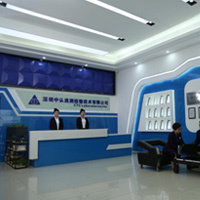